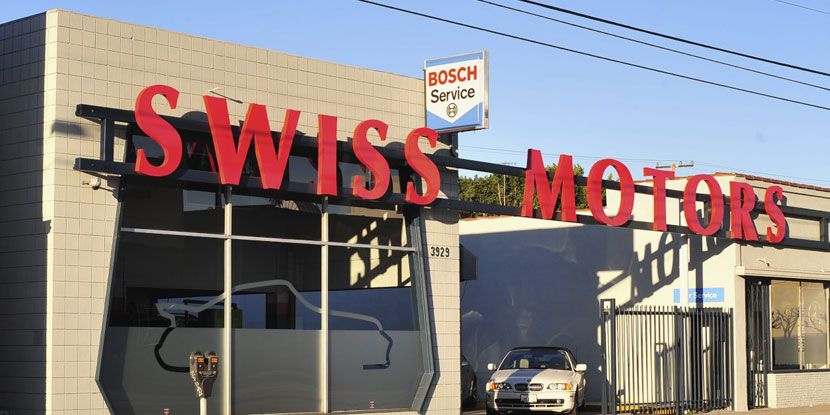 Swiss Motors offers the highest quality of service on the market today. Since 1988, we have provided superior service to our customers and have assisted them in achieving their goals. Our combined 125 years of experience and commitment to excellence have earned us the reputation as the best Independent German Automobile Service Center in the area.

Accurate estimates on all vehicle repairs 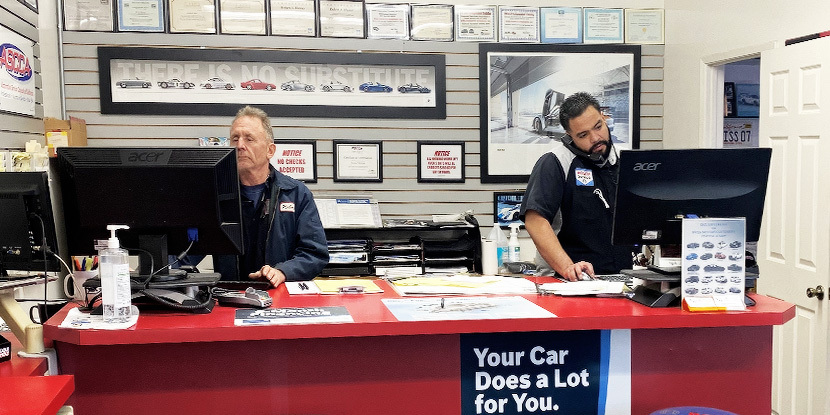 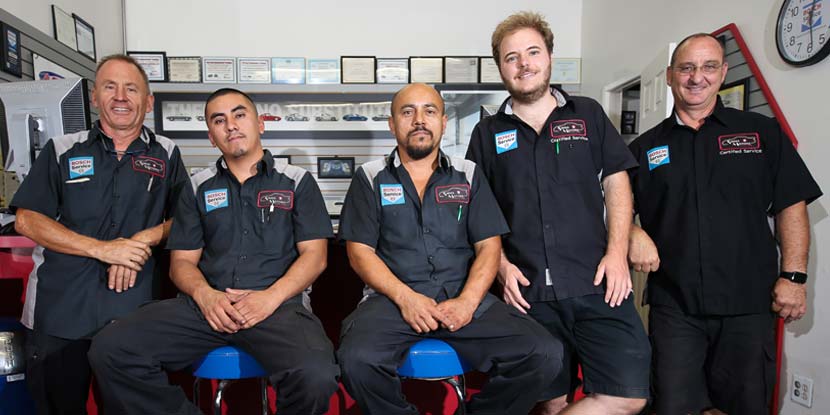 At Swiss Motors, you receive the kind of quality and service you expect from a leader. Our company is always evolving as the needs or our customers change and as new models come to market. You can rest assured that, working with Swiss Motors, you will enjoy the latest services, technology and developments in the industry.

We make it our responsibility to know you and your automobile. We work closely with you to ensure that the solutions we provide are tailored to meet your unique needs and challenges. We are committed to deliver the highest quality repairs.

At Swiss Motors, our highest priority is satisfied customers. You are important to us and you can expect us to go the extra mile for you. Superior customer service is the hallmark of Swiss Motors. We are proud to serve you and work hard to earn your business. 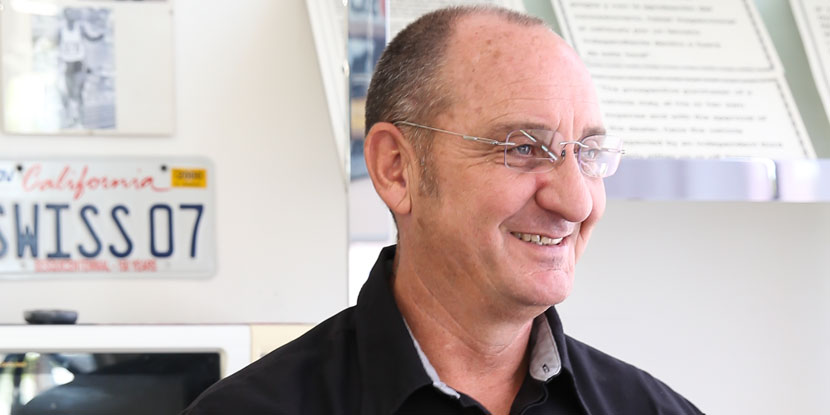 Marcel grew up in Zürich (Switzerland) and started his automotive career with a four year apprenticeship at a major Mercedes/Renault dealership. During this time Marcel joined the Renault Alpine & Renault Turbo race teams, serving as a race mechanic in the Swiss and European Championships. In 1982 he performed his obligatory military service in the Swiss Army for 17 weeks and received special training on servicing military vehicles with gas and diesel engines. After completion of his military service he joined a specialized Porsche Shop in Lausanne, working as a Porsche race mechanic at the European Rally and Road Race Championship Tour. After two years on the racing team he went back to Zürich and worked for the local Porsche dealer. Marcel emigrated to LA in 1985 to join his longtime friend Robert Husser as a mechanic at Beverly Hills Sports Cars working on Mercedes, BMW, Porsche, Aston Martin, Ferrari and other exotics. In April of 1988 Robert and Marcel started Swiss Motors in Culver City working on German cars and Ferrari and have been in the same location since. Having enjoyed working on race cars Marcel built his own Porsche 911 in 1998 from ground up and competed in the Porsche Owners Club racing events for a number of years which garnered him numerous class wins and two Championships. He later sold the car which he replaced with a factory made Porsche GT3 cup that he drove for one season. 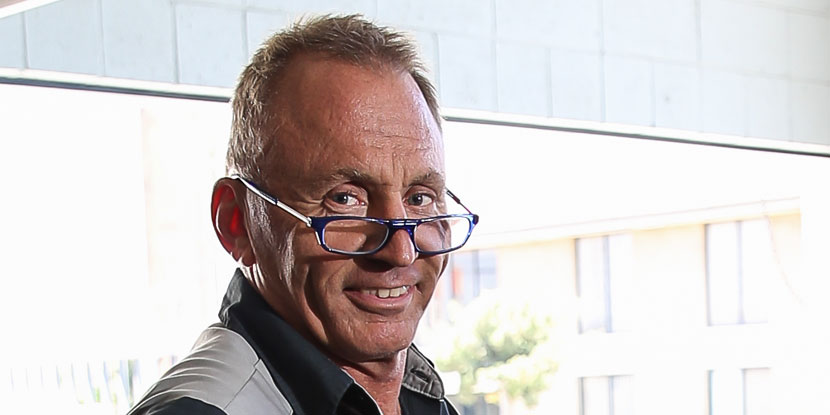 Robert was born in Switzerland and grew up just outside of Zurich. He began his automotive career with a 4-year apprenticeship in Zurich at a Mercedes/Renault dealership from 1977-1981, where he met Marcel. Robert and Marcel became quick friends and soon started taking on additional work, fixing their friends’ vehicles for extra income. After the apprenticeship, Robert worked for three years as head mechanic at a small Alfa Romeo/Nissan dealership. Late in 1984 Robert took a position at an independent garage in Los Angeles, which at that time imported Ferraris, Porsches and Mercedes for the grey market. His role was modifying the vehicles so that they were compliant with California’s strict emissions regulations. Two years later Robert was hired at an independent Ferrari garage in Van Nuys. During this time he also began working on cars privately out of the back of his house in West LA. As his private business ventures flourished Robert left his day job to work full time from his home. This arrangement soon became a burden as demand for his services grew. It was at this point in time that he got together with his old friend Marcel and they founded Swiss Motors. Swiss Motors stands today in the same location and under the same management as the day it was established in April of 1988. Since then Robert has married and raised two daughters, most recently welcoming one grandchild into his life. He is an active participant in the triathlon community and can often be found cycling or trail running on weekends in the Santa Monica mountains. During the week, he keeps his fitness up with pool and ocean swims before work. Robert still works as the head mechanic at Swiss Motors and oversees all work done within the shop; nothing leaves the lot without his approval. Robert is an active member of several technician groups and keeps up with all the latest technologies in the automotive world. He and his technicians attend yearly seminars. 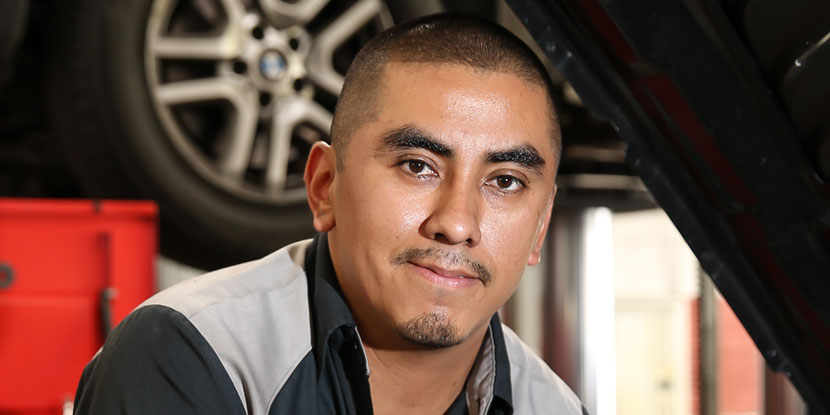 Sergio joined our team in January 2008. He is a highly skilled technician and BMW enthusiast. A father of two children, he keeps his skill up by visiting seminars regularly. 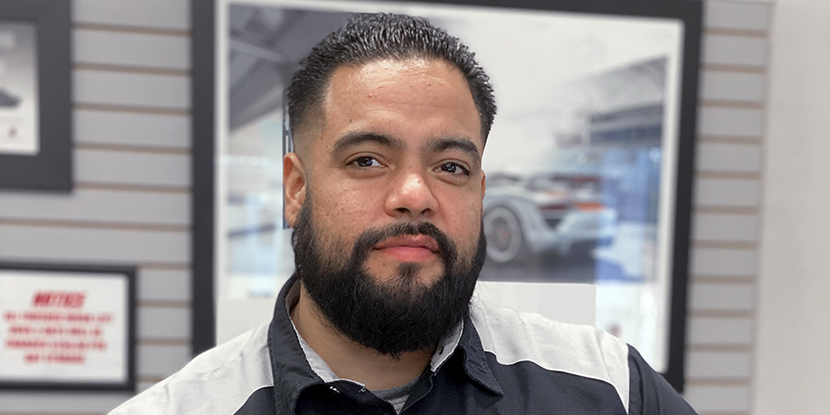 Howard is the newest addition to our team but has been working in the Automotive Industry for over 10 years. He is an ASE Certified Service Writer and has extensive knowledge and experience working with Mechanical Warranties. Born and raised in Southern California he has been a car enthusiast since childhood and is always working on modifying or upgrading his vehicles. 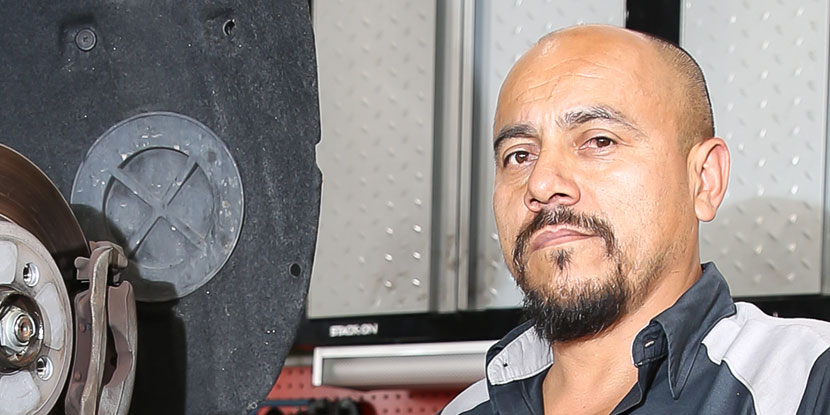 Other than the founders, Jose is the most senior member of our staff having been with the company for over seventeen years. He is an old-school mechanic who will always make sure your vehicle is safe before it leaves the lot. He is a father of one son. 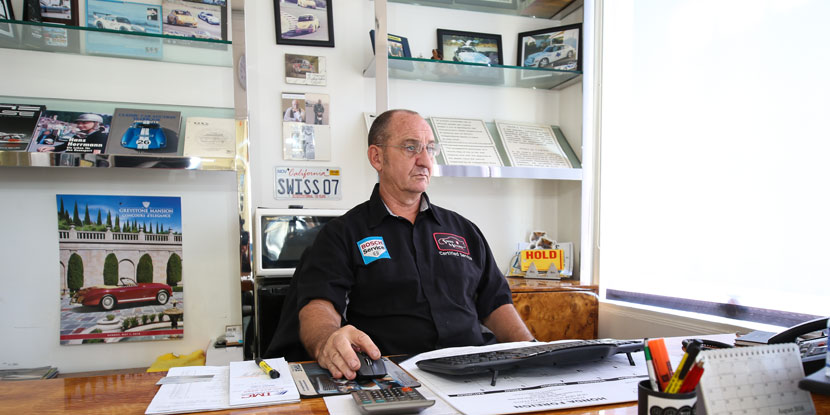 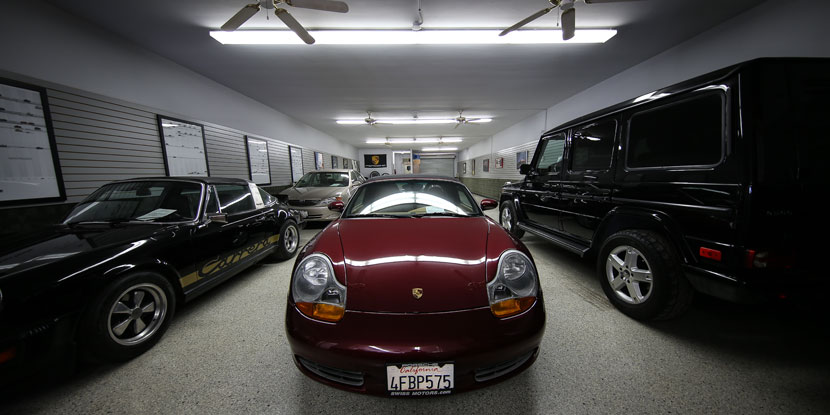 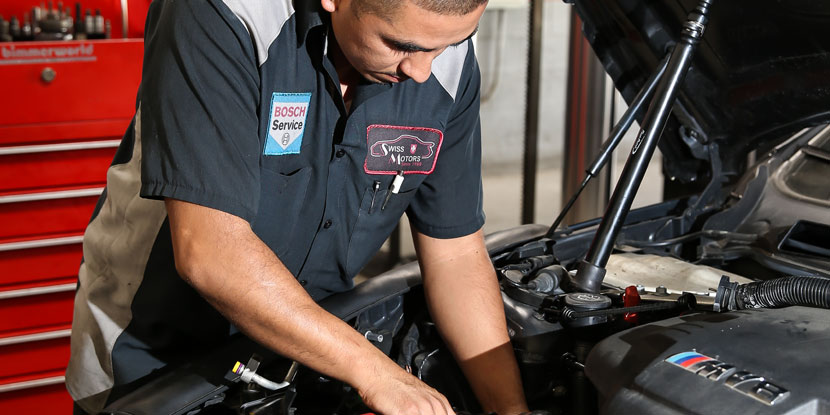 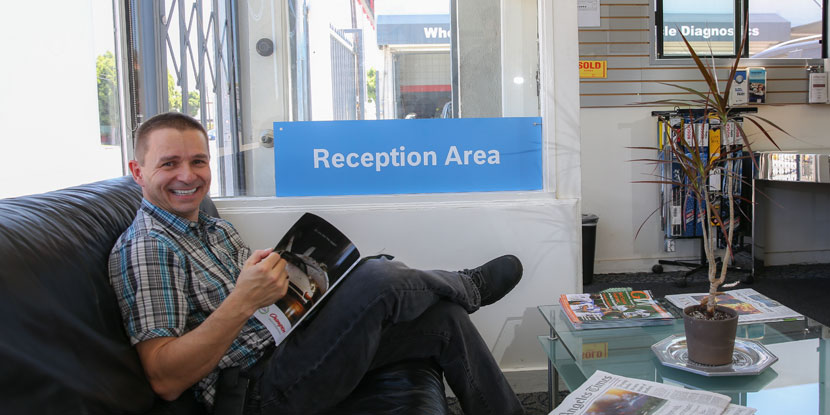 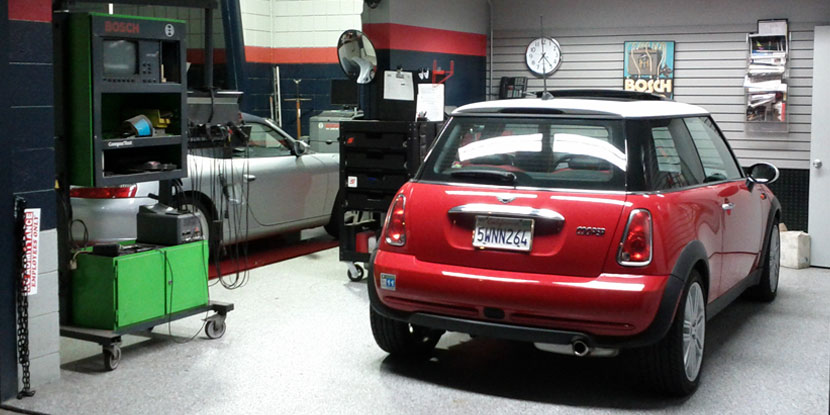 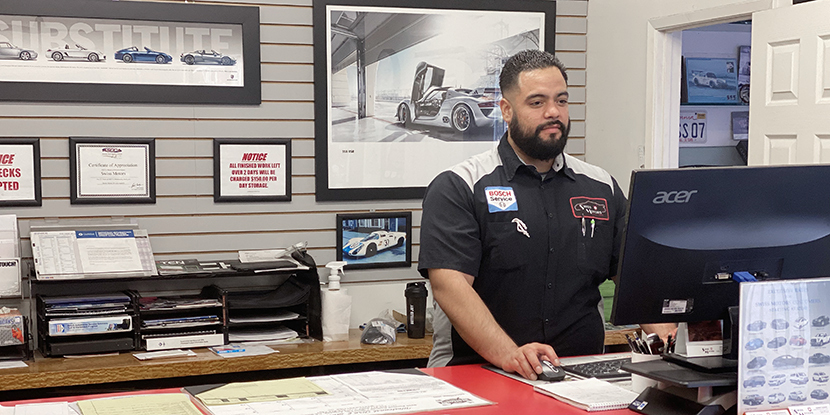 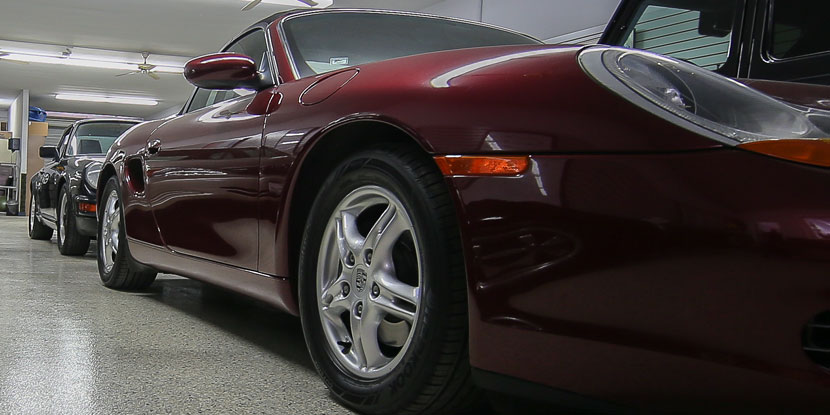 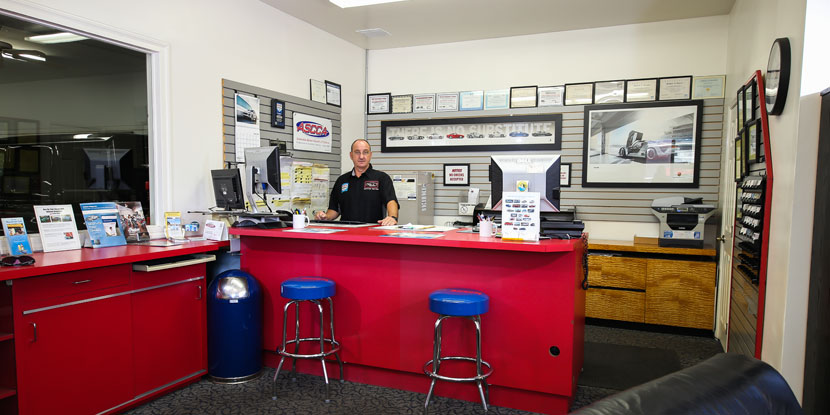 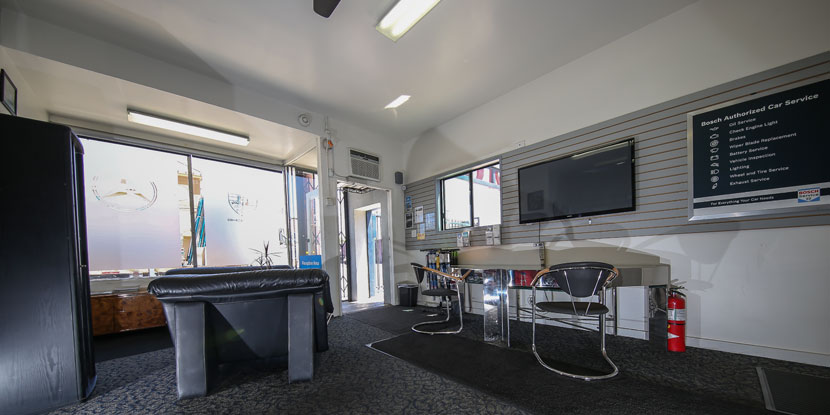 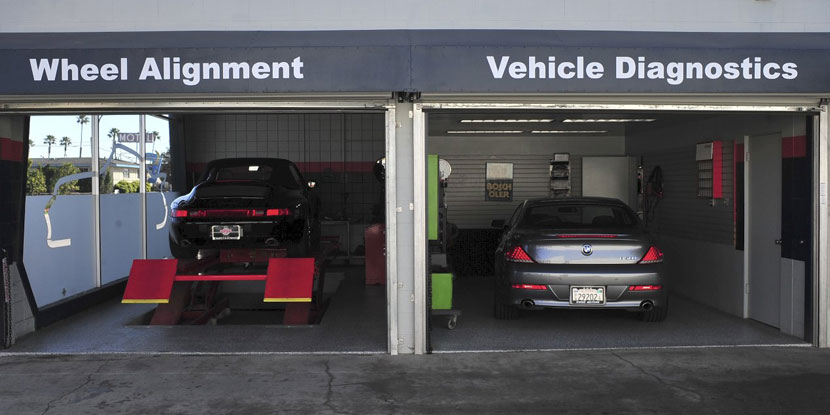